Poems to live for: live webinars from the Hippocrates Initiative for Poetry and Medicine 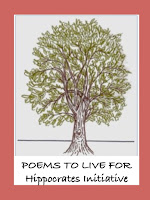 To raise spirits in these very troubled times, the Hippocrates Initiative for Poetry and Medicine is launching a series of live webinars on Poems to live for.

See the Poems to Live for website for details about how to join the sessions by computer/laptop/smartphone or by dialling in by phone.

There will be discussions on poetry. Invited poets around the world will read a poem that seems full of the spirit that's worth living for, and will say why this poem means so much to him/her.  Sessions will also provide updates from the 2020 Hippocrates Prize  and other activities of the Hippocrates Initiative for Poetry and Medicine.

Programme for the first live session:

Poems to Live for

27.3.20: Briefing from the European Medicines Agency 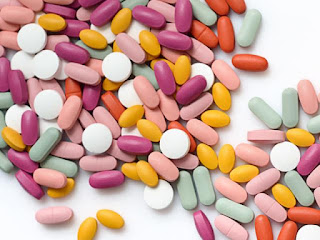 EMA reports that it is aware of recent media reports and publications which question whether some medicines, for instance angiotensin converting enzyme (ACE) inhibitors and angiotensin receptor blockers (ARBs, or sartan medicines), could worsen coronavirus disease (COVID-19). ACE inhibitors and ARBs are most commonly used for treating patients with high blood pressure, heart failure or kidney disease.
The EMA has providing the following advice from its Public and Stakeholders Engagement Department.
"It is important that patients do not interrupt their treatment with ACE inhibitors or ARBs and there is no need to switch to other medicines. There is currently no evidence from clinical or epidemiological studies that establishes a link between ACE inhibitors or ARBs and the worsening of COVID-19. Experts in the treatment of heart and blood pressure disorders, including the European Society of Cardiology, have already issued statements along those lines. To gather more evidence, EMA is proactively reaching out to researchers working to generate further evidence in epidemiological studies.
As the public health crisis rapidly extends across the globe, scientific research is ongoing to understand how the severe acute respiratory syndrome coronavirus 2 (SARS-CoV-2) reproduces in the body, interacts with the immune system and causes disease, and whether ongoing treatment with medicines such as ACE-inhibitors and ARBs could impact the prognosis of COVID-19.
The speculation that ACE-inhibitors or ARBs treatment can make infections worse in the context of COVID-19 is not supported by clinical evidence. These medicines work by affecting the renin-angiotensin-aldosterone system (RAAS). Because the virus uses a target called angiotensin converting enzyme 2 (ACE2), which is part of this system, to enter human cells, and the medicines can increase ACE2, one of the suggestions among others is that they could also increase virus activity. However, the interactions of the virus with the RAAS in the body are complex and not completely understood.
EMA is monitoring the situation closely and is collaborating with stakeholders to coordinate epidemiological studies on the effects of ACE inhibitors and ARBs in people with COVID-19.
EMA is helping to coordinate urgent ongoing research and is fully committed to keep the public up to date with any development in this field. EMA is also aware of reports questioning whether other medicines such as corticosteroids and non-steroidal anti-inflammatories (NSAIDs) could worsen COVID-19, and has recently issued a communication on NSAIDs medicines. It is important that patients who have any questions or are uncertain about their medicines speak to their doctor or pharmacist and do not stop their regular treatment without speaking to their healthcare professional first.
Medicines should be prescribed and used in line with clinical judgement, taking due note of any warnings and other information provided in the summary of product characteristics (SmPC) and thepackage leaflet, as well as guidance issued by the WHO and relevant national and international bodies.
Within the EU medicines regulatory network, evidence on the safe use of medicines is reviewed as it emerges. Any new advice that arises is disseminated appropriately through EMA and national competent authorities.
EMA will provide further information as appropriate.
This information and related content are published here. Please check EMA’s dedicated webpage on COVID-19 for the latest updates."
Posted by Donald at 13:54 No comments:

Medical society the Fellowship of Postgraduate Medicine is partnering with its journals – Health Policy and Technology and the Postgraduate Medical Journal – to launch international awards for well-informed, clear writing on health matters in social media.
Patients, members of the public, health professionals and policymakers increasingly use social media as a source for health information and to guide important decisions on choices and actions about prevention and treatment of disease. Where the information is accurate and easy to follow, this can be very helpful. However, we are increasingly at the mercy of a spectrum of unreliability, from incomplete or inaccurate reports, to claims that inconvenient truths are ‘fake news’.

These are not new problems. Sinclair Lewis in his geopolitical satire of 1935 It Can’t Happen Here refers to fake news in the political domain [1]. George Orwell features unreliable reporting by government-controlled media in his dystopian 1984 [2]. However, the geographical reach and speed of spread of reports in current social media and present numerous ways to disseminate ‘alternative facts’ have new global implications for the consequences ofunreliable ‘news’ [3].

Concerns in the health sector include social media posts making spurious health claims for ‘alternative medicines’ and containing misinformation about causes, severity and treatments of disease – from coronaviruses [4] and HIV infection [5] to cancers [6]. A striking example of the serious impact on the public of misinformation is a sustained large increase in vaccine hesitancy for measles and other immunisations since the late 1990s [7]. This arose from a later withdrawn report in the Lancet of a link between autism and measles immunisation [8]. Although findings in the report were judged to be fraudulent, anti-vaccine activists persist in providing misleading information on social media based on this report. Particularly worrying is how difficult it continues to be for international public health authorities to counter this vaccine hesitancy. Immunisation rates against measles remain sub-optimal 22 years after the original flawed report [8]. Social media undoubtedly plays a role here, and its potency is reflected in the fact that just one source is enough to disseminate and propagate untruths [9]. However, this very potency also represents a means to inform and educate patients, members of the public, health professionals and policymakers.

The FPM International Awards for Medical Writing in Social Media are new annual awards for medical graduates from anywhere in the world. To be eligible, an article or blog must be in English and should have been published online between 1st July 2019 and the closing date for the awards: 30th June 2020. There will be up to 5 prizes per year. Each award winner will receive a £100 prize. Award winners will also have winning content published in one of the FPM’s journals, either Health Policy and Technology or the Postgraduate Medical Journal.

For more details and information about how to enter online, see the website for the FPM International Awards for Medical Writing in Social Media.